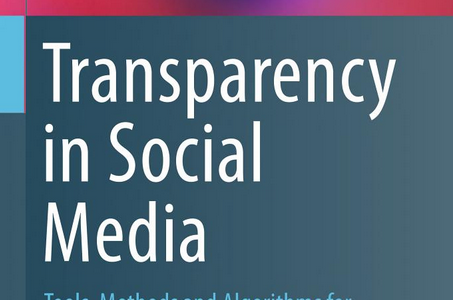 This volume presents significant theoretical and practical contributions in the area of social media reputation and authorship measurement, visualization, and modeling. The book justifies and proposes contributions to a future agenda for understanding the requirements for making social media authorship more transparent. Building on work presented in a previous volume of this series, Roles, Trust, and Reputation in Social Media Knowledge Markets, this book discusses new tools, applications, services, and algorithms that are needed for authoring content in a real-time publishing world. These insights may help people who interact and create content through social media better assess their potential for knowledge creation. They may also assist in analyzing audience attitudes, perceptions, and behavior in informal social media or in formal organizational structures. In addition, the volume includes several chapters that analyze the higher order ethical, critical thinking, and philosophical principles that may be used to ground social media authorship. Together, the perspectives presented in this volume help us understand how social media content is created and how its impact can be evaluated.

The chapters demonstrate thought leadership through new ways of constructing social media experiences and making traces of social interaction visible. Transparency in Social Media aims to help researchers and practitioners design services, tools, or methods of analysis that encourage a more transparent process of interaction and communication on social media. Knowing who has added what content and with what authority to a specific online social media project can help the user community better understand, evaluate and make decisions and, ultimately, act on the basis of such information.

A chapter I co-authored with Itai Himelboim, Lee Rainie, and Ben Shneiderman, publishes the work we did in last year’s Pew Research Internet Project report on Mapping Twitter Topic Networks: From Polarized Crowds to Community Clusters.

Now collected into a book, the report provides an overview of the basic social media network structures we observed in a large collection of network maps we generated from Twitter data. Lee Rainie, director of the Pew Internet Research Center was interviewed by Bob Garfield on OnTheMedia this week about the recently released report on mapping Twitter topic networks.  The report found six distinct patterns of social media networks in Twitter: divided, unified, fragmented, clustered, and in and out hub and spoke patterns. They discuss the prospects for overcoming polarization in social media and the hopeful signs that many other forms of social network structures exist in addition to the divided network pattern.

I spoke in a webinar on Data Visualization and NodeXL  hosted by SoftArtisans and now available on Vimeo.

Thanks to Claire and Elise! Sports teams have several “broadcast” structures in them as well as dense community groups with a small group of isolates – the island users who do not connect to anyone and who often indicate a brand or public topic.  The names of baseball teams create networks that have a remarkably high density.

People talk about their cars a lot in Twitter!  These are typical “brand” network structures with many isolates and a few dense clusters.

The common “broadcast” structure is common to most of these news media outlets, it appears as a “hub and spoke” pattern.  The people at the end of these spokes are the “audience”.  Some of these news networks have many more “isolates” or “brand” mentioners – these are the grids of individuals with no connections to others.  In contrast some contributors are densely connected in communities of discussion formed around various topics.