I spoke at the Personal Democracy Forum on June 5, 2015 on the topic of taking pictures of virtual crowds. 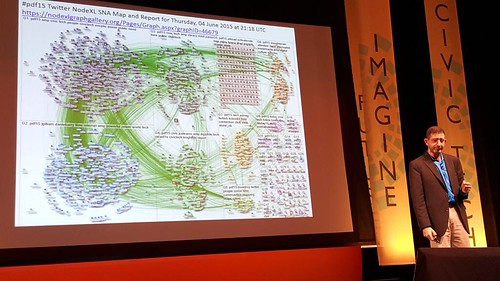 You can request a sample NodeXL social media map and report from http://connectedaction.net

Here is a map of the #PDF15 hashtag: https://nodexlgraphgallery.org/Pages/Graph.aspx?graphID=47170