I will speak about the value of a network perspective for the discovery of fraud and corruption in financial data at the December 9th session of the World Bank’s upcoming meeting of the Stolen Asset Recovery Initiative.

“The World Bank Group’s International Corruption Hunters Alliance (ICHA) brings together heads and senior officials of corruption investigating bodies and prosecuting authorities, anti-corruption experts, academics, and representatives of international organizations from over 130 countries. The 2014 meeting of the Alliance will focus on fighting corruption – and the vast illicit outflows generated by corruption – by sharing know-how and experiences in the use of both traditional and alternative corruption fighting approaches.”

All financial transactions create a network as one person transfers money from one account to another.  A list of transactions creates a web of connections with an emergent shape or pattern.  Within these patterns are key positions occupied by people with special power in the network.  Mapping these transaction networks can reveal the hidden traces of financial crime. 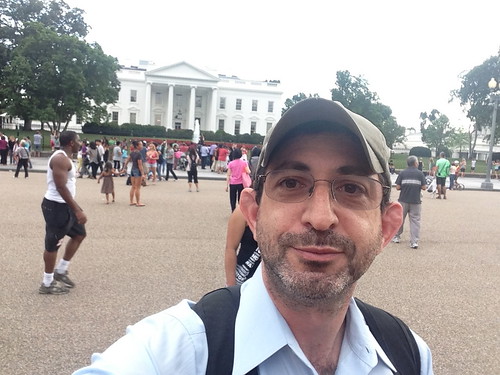 I am happy to announce a Washington, D.C. NodeXL user group meeting.

http://1776dc.com/
1133 15TH ST. NW
12th floor
Washington, DC 20005
There will be a 3 hour Q&A and hands-on tutorial on the use of NodeXL and broadly on social media network analysis.  We will focus on the process of collecting, storing, analyzing, visualizing, and sharing insights into social media network graphs.

Many thanks to Maksim Tsvetovat (@maksim2042) for arranging the location.

Come hear about NodeXL features that make automating network data collection, analysis, visualization and publication simple and easy.  Get daily reports on the social networks that matter to you!

I will talk about the upcoming features releasing in NodeXL (auto update, new layouts, better importers for Twitter, Facebook, Wikis, and more) and take your requests.

If you would like to attend please complete this form: END_OF_DOCUMENT_TOKEN_TO_BE_REPLACED

NodeXL users in the Washington DC area are welcome to join a free users group meetup on October 2, 2013 at 2pm.

There will be a morning session at the University of Maryland (9-11) and an afternoon session downtown.

If you’d like to attend, please complete this form.

I hope to see you there!

Please join me in Washington, D.C. for a NodeXL and social media analysis meetup and happy hour from 2-7 pm.

http://1776dc.com/
1133 15TH ST. NW
12th floor
Washington, DC 20005
There will be a 3 hour hands-on tutorial on the use of NodeXL and broadly on social media network analysis.  We will focus on the process of collecting, storing, analyzing, visualizing, and sharing insights into social media network graphs.
Many thanks to Maksim Tsvetovat (@maksim2042) for arranging the location.

May 1st, 2012 at the International Association of Scientific, Technical & Medical Publishers Innovations Seminar I will present an hour long training on:

Know who is becoming more important than know how.  Networks are a data structure common found across all social media services that allow populations to author collections of connections.  Innovation networks are created when new connections form among people who have a portion of a solution.

The Social Media Research Foundation‘s NodeXL project makes analysis of social media networks accessible to most users of the Excel spreadsheet application. With NodeXL, Networks become as easy to create as pie charts.  Applying the tool to a range of social media networks has already revealed the variations present in online social spaces.  A review of the tool and images of Twitter, flickr, YouTube, and email networks will be presented. In particular, innovation topics will be mapped to highlight the key people and groups talking about new ideas and opportunities.

Eventful.  The 2011 Webshop at the University of Maryland was certainly that with both an earthquake and a hurricane to mark the start and end of the event.  We really moved heaven and earth at this workshop.

In 4  days, 20 talks, 45 students, an earthquake, a hurricane and many new connections – the Webshop touched on a set of related concepts, methods, and findings about ways to use communication and computation technology to help groups, neighborhoods, cities, states, and nations work collectively towards common goals.

Several years ago a program at the University of Maryland called “Webshop” (Web Workshop) was organized by Professor John Robinson and held for three consecutive Summers.  I visited and spoke at two of these events and know many people who attended or spoke at one or more and remember the event enthusiastically.   The students who attended include some of the now leading researchers in the field of social science studies of the internet.  There is an impressive alumni list.

The last Webshop was held in 2003 and many years and significant changes have occurred in the time since. Twitter, Facebook, StreetView, iPad,FourSquare, Android, Kinect, EC2, Mechanical Turk, Arduino, were all new or non-existent when the first Webshops were run.  Today we have more reason than ever to focus on the details and patterns of computer-mediated human association. Ever more people channel more of their communications with others through more digital media, often of the social kind.  A new data resource for the social sciences is growing in scale and promise: from billions of events it is possible to start to build a picture of an aggregate whole, and to start to grasp the terrain and landscape of social media.

After many years of inactivity, the Summer Social Webshop (@Webshop2011) happened again!  With the generous support of the National Science Foundation and additional assistance from Google Research, on August 23-26, 2011 at the University of Maryland, College Park, a group of students heard and engaged with more than two dozen leading researchers exploring digital social landscapes from a variety of perspectives.  Organized by a collaboration between the University of Maryland’s Human Computer Interaction Laboratory (HCIL), the College of Information Studies, the Sociology and Computer Science Department, and the Social Media Research Foundation, the event gathered students from a wide range of disciplines to get a concentrated dose of advanced efforts to gather data from social media and people’s understanding and practices around digital technologies.   Doctoral students in computer science, iSchools, sociology, communications, political science, anthropology, psychology, journalism, and related disciplines applied to attend the 4-day intensive workshop on Technology-Mediated Social Participation (TMSP).  The workshop explored the many ways social media can be applied to national priorities such as health, energy, education, disaster response, political participation, environmental protection, business innovation, or community safety.  The workshop attracted graduate students at US universities studying social-networking tools, blogs and microblogs, user-generated content sites, discussion groups, problem reporting, recommendation systems, mobile and location aware media creation, and other social media.

Topology of the Network vs. what was the network used for?

Voting experiments – similar to consensus, with a crucial strategic difference.

Introduce a tension between:

END_OF_DOCUMENT_TOKEN_TO_BE_REPLACED

Deliberation: Honeycutt and Herring – Twitter not only used for one-way comm, but 31% of all tweets direct a specific addressee. Kroop and Jansen – political internet discussion boards dominated by small # of heavy users

Sentiment: How accurately can Twitter inform us about the electorate’s political sentiment?

Prediction: can Twitter serve as a predictor of the election result?

1. While Twitter is used as a forum for political deliberation on substantive issues, this forum is dominated by heavy users

-The exchange of substantive issues (31% of all messages contain “@”),

-Equality of participaion: While the distribution of users across groups is almost identical with the one found on internet message boards, we find even less equality of participation for the political debate on Twitter. Additional analyses have shown users to exhibit a party-bias in the volume and sentiment of messages.

2. The online sentiment in tweets reflects nuanced offline differences between the politicians in our sample.

-Leading candidates: Very similar profile for all leading candidates, only polarizing political characters, such as liberal leader and socialist, deviate in line with their roles as opposition leaders. Messages mentioning Steinmeir (coalition leader) are most tentative

3. Similarity of profiles is a plausible reflection of the political proximity between the parties

Key findings: high convergence of leading candidates, more divergence among politicians of governin grand coalition than among those of a potential right wing coalition

4. Activity on Twitter prior to election seems to validly reflect the election outcome (MAE 1.65%), and joint party mentions accurately reflect the political ties between parties.

END_OF_DOCUMENT_TOKEN_TO_BE_REPLACED