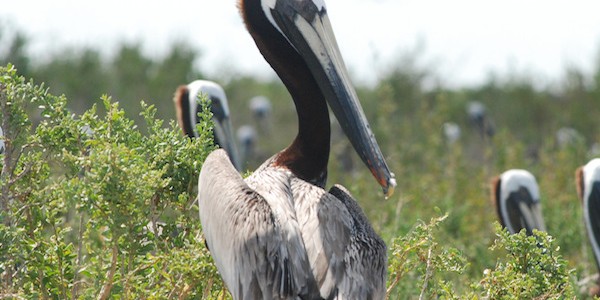 I attended and participated in the October 2-3, 2014 Digital Strategies for Development Summit hosted by the Asian Institute of Management and held in Makati City, Philippines.

The event gathered 50 speakers from around the world and more than 300 participants to focus on the role of digital and social technologies for civic needs.  The summit focused on bringing people from many communities into a discussion of how technology can be used for:

“…enabling a better society and an empowered community? How can various stakeholders, including Government, Private Sector and Civil Society gain more momentum for their core mandates by leveraging the use of digital technology enabled solutions? Can Digital Technology create a platform for better collaboration and cooperation amongst various stakeholders?”

I spoke about the role social network analysis can play in understanding the emerging world of social media and computer mediated collective action. I am delighted to be attending and presenting a workshop on social media network analysis at the University of Kentucky’s LINKS 2013 program on June 7th, 2013.

This week long program has for many years provided intensive training in network methods, research, and tools.

I am excited to attend some of the program and meet researchers and students working on networks of all sorts.  I will do a short hands-on talk about NodeXL and a longer day devoted to the broader ways networks are useful for the study of social media.

END_OF_DOCUMENT_TOKEN_TO_BE_REPLACED

Course Summary: Networks are everywhere in the natural and social world.  New tools are making the task of getting, processing, measuring, visualizing and gaining insights from network data sets easier than ever before.  The rise of social media offers a new and abundant source of network data.  The NodeXL project (http://www.codeplex.com/nodexl) from the Social Media Research Foundation (http://www.smrfoundation.org) offers a free and open path to network overview, discovery and exploration within the context of the familiar Excel spreadsheet.  In this short course we will introduce the NodeXL application and review the landscape of networks, social networks, and social media networks. Using the tool, non-programmers can quickly select a network of interest from various social media and other data sources.  Twitter, flickr, YouTube, email, the World Wide Web, and Facebook data can be quickly imported into NodeXL.  Networks can then be analyzed and visualized using tools similar to those used to create a pie chart or line graph [1].  As the challenge and cost of network acquisition and analysis drops, abundant data sets are being generated that document the range of variation of diverse sources of social media.  How many different kinds of Twitter hashtags exist?  Using snapshots of hundreds of hashtags collected over a year, it is now possible to build rough taxonomies of this kind of social media.  NodeXL provides access to a web gallery of data [2], allowing users to browse existing data sets and upload their own as well. Borrowing the vision of telescope arrays that create composite images far better than any individual instrument could, the Social Media Research Foundation envisions an user generated archive that provides a research asset that supports the collective effort to understand the structures and dynamics of network data.

Course Objectives
After this course, participants will:

Target Audience
This course is suitable for people with some experience or interest in social media, social science, or social network analysis.  It is particularly appropriate for those who are involved in studying social structures and their change over time.

Laboratory and IT requirements:
Participants will need access to a computer connected to the Internet  and will be supplied with the free NodeXL software.

Whiter the experts: Social affordances and the cultivation of experts in community Q&A systems
http://www.connectedaction.net/wp-content/uploads/2009/08/2009-Social-Computing-Whither-the-Experts.pdf